One of my most favorite dishes, and I even use it at times as a soup too.

Wash and dry the chicken. Zest the lemons and squeeze the juice. Lift the skin off the breast and gently work your fingers between the flesh and the skin to seperate them.

Crush the garlic. Pick some of the thyme leaves off the stems. Mix together the butter, garlic and thyme leaves, half the lemon zest and some seasoning. Spread the seasoned coconut oil on the chickens and over the flesh of the breasts.

Season the birds inside and out. Strew the rest of the thyme over the base of an oven proof dish and sit the birds on top, breast sides down. Pour over half the stock and a squeeze of lemon. Roast in the preheated oven until the juices run clear (aprrox 50 minutes dependant on the size of the birds).

Turn the birds after 1/2 hour and baste with the pan juices leaving the skin on the breast to crisp. Remove the chickens from the cooking dish and keep warm whilst you make the sauce.

Cook together the rest of the stock and the lemon zest and juice with a little stevia. Use to de-glaze the cooking dish scraping up all the crusty cooking juices and simmer them together to amalgamate the flavours.

Strain into a clean pan. Add the yoghurt and cook down fairly hard to reduce and caramelise the yoghurt. Season carefully and add a little more stevia if necessary (it depends how tart the lemons are) Finish the sauce with a good handful of freshly chopped parsley. Remove the breasts and legs off the carcasses and serve with a coating of the sauce. 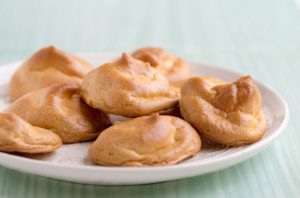 Fancy something a nice treat for a change #BettabodsWeightLossWarriors.

This recipe is suitable for all phases except the first two weeks of Induction due to the almonds.

In a food processor, chop nuts with sugar substitute until nuts are finely ground.

With a spoon, drop 8 evenly spaced mounds onto prepared baking sheet. Make a depression in center of each with the back of the spoon. Bake meringues on center oven rack 1½ hours, until golden and very dry.

Turn off oven and let meringues dry in oven until cool. Carefully peel meringues off foil.